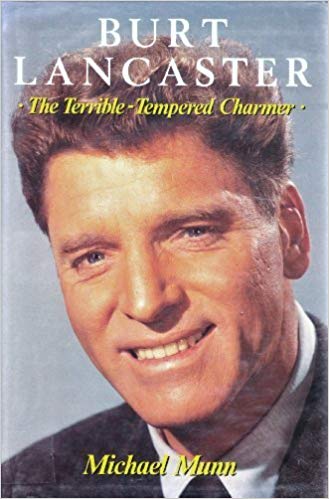 Fortunately, we have a lot of movies to choose from. Burt Lancaster made eighty movies. Of course, not all of them are based on novels. But many of them are. This is what I have come up with so far.

(1966) The Professionals (Novel by Frank O’Rourke, screenplay by Richard Brooks)

(1963) The Leopard (novel by Guisseppe Tomasi di Lampedusa, on audible)

(1960) The Unforgiven (directed by John Huston, novel by Alan LeMay)

(1958) Separate Tables – (play by Terence Rattigan who wrote the screenplay with John Gay).

(1957) Gunfight at the O.K. Corral (screenplay by Leon Uris, lots of non-fiction books about this fight).

(1955) The Rose Tattoo (Screenplay and play by Tennessee Williams)