HITCHCOCK: BEFORE AND AFTER HOLLYWOOD: DOWNHILL

Alfred Hitchcock was one of the most influential and extensively studied of all filmmakers. He directed over 50 features films over a span of six decades, and these films garnered a total of 46 Oscar nominations which included six wins.

One of the reasons Hitchcock’s career is so fascinating is that he came into the film industry at its inception.

Hitchcock entered the film industry in 1919 as a title card designer. These were the cards that were written and used instead of dialogue in silent films. This background provided Hitchcock essential experience in the dissection of film, what was necessary and not necessary when using dialogue, the importance of editing. And, as Hitchcock later said, it gave him first-hand experience in how good editing could replace the need for dialogue which slowed down the film.

It’s important to note that Hitchcock’s lifetime partner, Alva Reville, was just about the best editor in the business. After he married her, he was never without her input in his films. Hers was the only advice he ever trusted implicitly.

Hitchcock also said that this experience of writing title cards, viewing the takes and the movie multiple times and deciding exactly where the cards would be used, gave him an understanding of how editing a bad film could be made into a great one.

Come join us for a discussion of Hitchcock's movies.  During March and April, we will be discussing "Sabotage" and "The Secret Agent."

Join us through constant contact (email me to be added to the list [email protected], or 912-399-8481.  We are also on Facebook: St. Simons Library Novel/Movie Series

The Dawn Watch: Joseph Conrad and his World 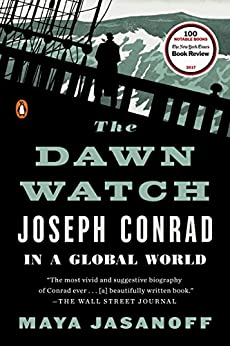 If you're interested in reading more about Joseph Conrad, author of The Secret Agent, there's a good book about Conrad and his times.

The Dawn Watch: Joseph Conrad in a Global World

In 1889, Conrad interviewed with a Brussels-based company for a job as a steamboat captain on the Congo River.

For the next 15 years, he traveled the world.

He was supposed to stay in the Congo for three years, but left after just one trip.

In the Congo, he saw a European regime of appalling greed, violence, and hypocrisy, and left in a state of psychological and moral despair.

Conrad was one of the first writers to deal with the great issues of our time: terrorism, immigration, globalization, and "the way power operates across continents and races."

Conrad's world, the author writes, "shimmers beneath the surface of our own."

We will be doing the St. Simons Library Novel/Movie Series online this season.

The new series: Hitchcock: Before and After Hollywood.

This series includes a discussion of the films "The 39 Steps," "Sabotage," "Rebecca" and "Dial M for Murder."

You can join us on Facebook (St. Simons Library Novel and Movie Series), or join the email list by emailing me at [email protected], or 912-399-8481. We are also on www.christinajjohns.com

Look forward to hearing from you.

There is a documentary about Joseph Conrad's "The Secret Agent, made in 1987

Here is the link:

The scenes are not that well acted, and some of the scenes with Winnie are really melodramatic, but it's well worth watching.  It includes a lot of information about Conrad and the social order when he wrote "The Secret Agent."

Winnie in "The Secret Agent"

Sylvia Sidney plays Winnie in Alfred Hitchcock's film "Sabotage." Winnie, the wife of the main character, Mr. Verloc is presented very differently in each of the three film adaptations. There is the 1936 Hitchcock version, a BBC version with Toby Jones and another adaptation done by Bob Hoskins.

In none of the film adaptations is the relationship between Winnie and Verloc as sparse and uncommunicative as it is presented in Conrad's Novel "The Secret Agent."

In the novel, Winnie marries Verloc only because she needs safety for her brother, Stevie, who is dependent on her and mentally challenged. She has been in love with another young man, but slammed the door on him because he would not have had the money to support her and her mother and her brother. The marriage with Verloc is an arrangement.

When Stevie is gone, her obligation to be a good wife to Verloc disappears, as does Verloc. In each of the film adaptations, there is an attempt to soften the relationship, make it more understandable through added dialogue. I think this is a mistake.

Join in and let us know what you think about the different versions of Winnie and the relationship in the Hitchcock Film. 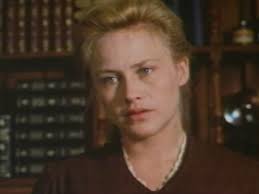 HITCHCOCK: BEFORE AND AFTER HOLLYWOOD: DOWNHILL

THIS IS ONE OF HITCHCOCK'S EARLIER FILMS BEFORE HE LEFT ENGLAND FOR HOLLYWOOD.

Join us for an online discussion of four of Hitchcock's films and the novels they were based on.  For March, we are discussing "Sabotage," (1936).

The cinematography in “Sabotage” is delicious. Because of this, look around before deciding which online version to watch. Some of the versions are blurry and you won’t fully appreciate the astounding black-and-white art work of Bernard Knowles’ work.

Knowles (1900-1975) was a British director, producer, cinematographer and screenwriter. He, like Hitchcock, was a part of the very earliest cinema in Britain. Knowles started his career as a newspaper photographer and during the 1920s worked as a photographer for the Detroit News.

After returning to England in the 1922, he was hired by Gainsborough Pictures as an assistant cameraman. He was soon the Director of Photography.

Films of Knowles’ you might remember include Gaslight (1940), The Hounds of the Baskervilles (1931).

Knowles also was the director of “Magical Mystery Tour” (1967). 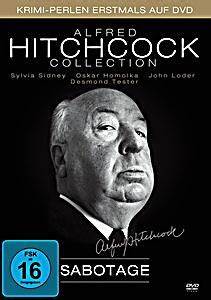 Every Quater, we do a Novel/Movie Discussion of a Classic Movie and the novel it was based on.

This quarter the series is Hitchcock: Before and After Hollywood.  We have discussed "The 39 Steps" and are now discussing "Sabotage."

Sabotage is the Hitchcock film based on the Joseph Conrad novel "The Secret Agent."  Join us for a discussion of the novel and the film.  Also, there are two other adaptations of the novel done by the BBC.

This pre-code drama starrs the lovely Helen Twelvetrees.  Like most of the pre-code dramas, it is filled with sexual themes and independent women.  Millie, after marrying a cheating rat at a young age, maintains her independence after that through thick and thin.  Joan Blonell plays one of her less independent friends.

Twelvetrees is not Native American, but adopted her first husband's name as a stage name.  She married the actor Clark Twelvetrees in 1927.  A few years later, he tried to commit suicide by jumping out a window during a dinner party.  she divorced him claiming mental cruelty and alcoholism.  She married twice more.  She died at 58 of an overdose of sleeping pills.

Andre Previn composed the music for the film Elmer Gantry.  Listen to a sample of the music.